The 800 Series of dishwashers are quite special as they have top notch performance, offer a wide range of choices and though slightly more expensive than the Bosch 500 series, they have that little bit extra – a wide range of extra features. If you like features, then perhaps the 800 series is for you.

What’s the Great things about the Bosch 800 Series Dishwasher?

Models like the SHPM98W75N have been updated in 2017.  What’s new? Well, the detergent dispenser allows you to put in tabs, and when the machine is in operation it emits a red light onto the floor so you know it’s still working. We love this handy feature. 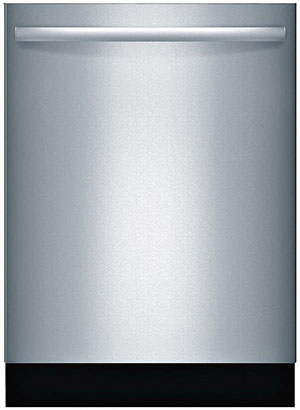 Have you ever had a problem fitting in all your dishes? The top rack for example is too low and wish it was a bit higher to accommodate bigger dishes? Well, the middle rack can be adjusted to allow this. There are three settings so you can just pick what works. Now that’s convenient and alleviates any frustration!

Extra Folding Tines – You are able to have a lot more wiggle room on the first rack because there are a lot more adjustable tines. Cramming in large baking pans is a snap because the tines can be folded down thus giving you even more room for awkward pieces. Really convenient!

“MyWay” Rack – An angled third rack that allows espresso cups, utensils, cereal bowls, etc. If this is a desirable feature you can expect to pay an extra $250 for this option on the 800 series. Models that include this feature are: SHXM98W75N, SHPM98W75N.

Smartphone Connectivity – Yes, there’s an app for that! For the SHEM78WH5N you can connect to it via the Bosch Home Connect smartphone application.

Touch Controls – The 500 series has regular buttons while the 800 series has capacitive controls. If you’re not sure what this is, think of your smartphone. Same concept.

You’ll be happy to know that the Bosch 300 series dishwasher, along with the 500 and 800, are all made in the good ole’ United States. If you want one made in Germany (don’t know if that’s really necessary!) then you could look to the Benchmark series. However, that’s at a whole new level and expense! 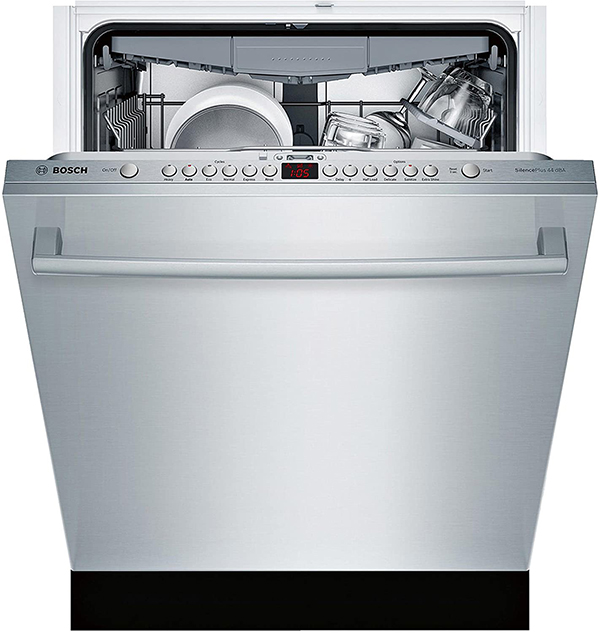 Believe it or not, the 800 series dishwasher as of this writing (2018) has 30 different styles to choose from. For colors, you have a choice of the ever beautiful stainless steel, or you can go for traditional black or white.

For handles, both the 500 and 800 series offer both the pocket type handles and also the traditional bar style handle you see on many dishwashers.

Controls are hidden on all models except for the 300, 800 and Benchmark series where the controls are visible on the front.

Do you want your dishwasher to blend into your cabinetry? If you are creating a custom kitchen and want your washer hidden, the 800 series has a panel ready design so you can incorporate this into your unique kitchen.

Performance between the 300, 500, 800 and including the Benchmark series are almost identical as they all do a great job. Six different wash cycles are available on the Bosch that include Heavy, Auto, Express, Normal and Eco. There’s also a delay feature up to 24 hours which can come in handy. Want even more options? You can also choose between Extra Shine, Sanitize, Delicate and Half Load if you really want to dial in your dish-washing.

In our tests and from customer feedback, the normal cycle is pretty much all you will need. Occasionally we have seen something like a speck of dried egg yolk on a dish that was on a normal cycle but when tested again on heavy, it was no longer to be found. If you’re not concerned with using extra water, then you could safely use the heavy cycle each time but it’s not really necessary. Of course if your dishes are heavily soiled and really dried up and caked on your dishes, go nuts with the heavy cycle. 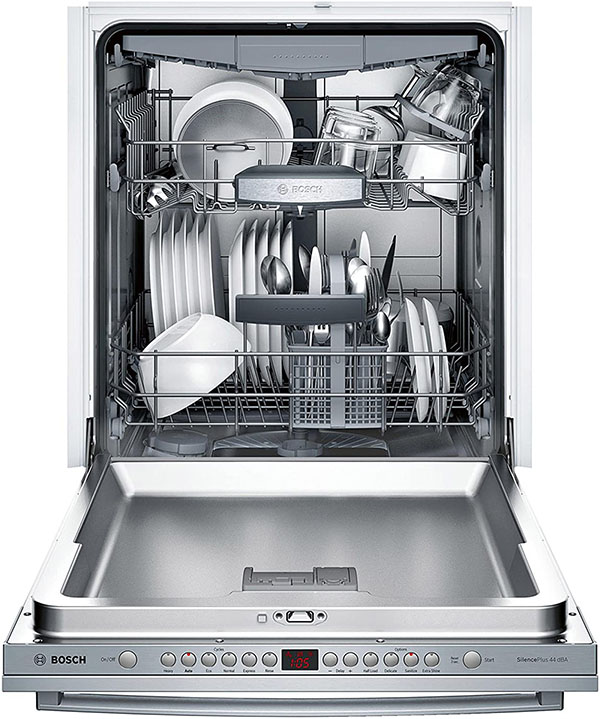 To be honest, it’s probably the best overall dishwasher we have tested. If you are comparing it to the 500 series, the 500 is still a great dishwasher but they lack front controls (if that’s your thing) and also don’t have a panel-ready option so for a custom kitchen idea, it’s not gonna fly.

So for a few extra bucks, you should consider getting the 800 series Bosch.