The Motorola MOTOACTV is a GPS sports watched and comes with a lot of interesting features. It has been designed for the experienced exerciser or for someone just beginning. There are many GPS sport watches on the market today and they do tend to cost a fair bit. So it is important to understand whether you will use the features and whether the overall quality is up to scratch. So read on and we will look at these 2 factors in our look at the pro and cons of the watch. 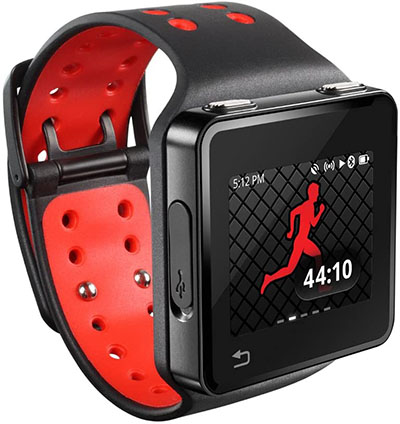 Tracking: The watch tracks a number of different pieces of data. It tracks time spent running or cycling, the distance you’ve traveled, the pace you go at and the number of calories you’ve burnt. These are important to know and monitor to track your progress and this is probably what you would expect to see from this type of device. My research indicates that it does a good job in monitoring this information.

Data Upload Via WiFi: When you watch is in range of your WiFi network it automatically sends your information to your online account. The process of setting up your watch to the WiFi is straightforward and the connection is reliable.

The information is sent to your personal account online at the MOTOACTV website where you can see your results and measures all in one place and you can track your progress over time.  Most people like the visual representation of their data by way graphs and charts. They find it makes it easier for them to know where they are up to and set new targets. They like the way it helps to motivate them to stretch themselves to beat their personal targets.

MP3 Player: The MP3 functionality of this watch is something that sets it apart from other sports watches. As far as I know it is the only one that has this feature built-in. It is available in both the 8GB and 16GB models. Either version gives you plenty of room to store your music.

Most people find this feature very handy as it means you don’t have to have an MP3 player as well as a watch making it one less gadget they have to deal with when they are out exercising.

It can automatically sync with your iTunes account, so you can quickly upload your music collection to the watch. The watch also tries to work out which songs get the most out of you when you are exercising. By tracking this type of data it puts together a motivational playlist of the best songs to help you perform at your best.

Touch Screen: This nice modern feature works well and is responsive to taps etc. People find it easier to use then push and twisting buttons.
Phone Call Reception: You can link the watch with your Bluetooth enable phone and while it is in range you can take phone calls using the MOTOACTV hands-free set. This is another nice feature and you can have your conversation while you are on the move without having to stop to dig out your phone from where you stashed it for your run or cycle.

Looks: This is a great looking watch. It is probably one of the most stylish sports watches with a trendy modern design that uses touch screen technology. It is something you can wear when you aren’t exercising and won’t look out of place.

Online Account: As mentioned above the online account that comes with the watch is great idea for collecting and monitoring your data. The charts and graphs represent the data in a simple and clean way. Most people who use this functionality find it easy to use, understand and navigate around their account. 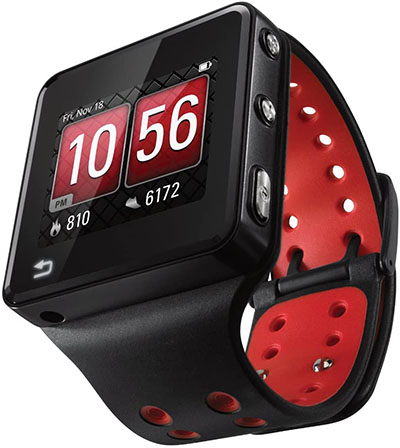 Water Resistance Issues: The issue with the ability of this watch to resist water is one of the most concerning features of the watch. It is advertised as being water resistant; however any damage caused by water is not covered by the warranty.

It appears this lack of resistance is due to a problem in the design, particularly with the USB port where protection seems a little thin. You would think a product that is marketed as being water resistant would be able to withstand some sweat, particularly one that is supposed to be used when you are exercising.

There have been quite a few instances reported where owners have noted that the watch has not worked properly as the result of sweat getting into the watch.

Battery Charge: When fully charged the battery is supposed to last a reasonably long time. However, it will only last this long if you aren’t using many of the features. If you use Bluetooth the battery drains away very quickly and using other functionality has a similar result. You are able to change the watch to a marathon setting which lets you listen to your music longer. However, a number of people have reported the charge being drained in just 2 hours when being used with Bluetooth, MP3 and GPS tracking, which is of little use when you are doing long distance runs or bike rides.

Product Support Tailed Off: When it was first released Motorola was giving a lot of support through customer forums and really seemed to be listening to their customers concerns and suggestions. But around the middle of 2012 they don’t appear to be active in their support and at the same time the price of the watch has decrease in price substantially. It would appear that Motorola may be going to stop making this watch some time soon. 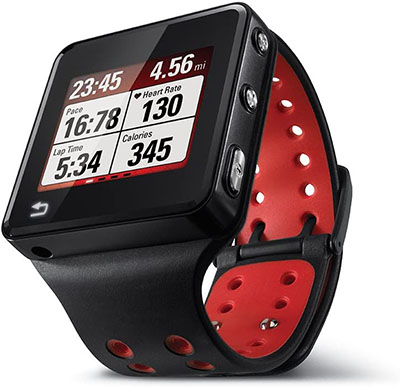 Should You Buy The Motorola MOTOACTV 8GB Sports Watch?

The Motorola MOTOACTV Sports Watch has a lot of great features. However it is of concern the company appears to be not looking to support the watch over the long term. There is also the issue of the watch’s lack of water resistance.

Many of the features of the watch rely on the online functionality that comes with the watch and the possible lack of support in the future means that you are probably better looking elsewhere. However, if you want to buy this watch because of its great features, you also need to be aware that you may have problems with it due to sweat getting inside the watch and damaging it.

Diet Or Exercise: 5 Reasons Why Exercise Is...