The supplements for weight loss, also known as thermogenics and fat burners are of the best selling supplements in the world.

We frequently see people resorting to this kind of supplements at specific times of the year, as when approaching the summer, after the Christmas, or simply when they realize they are overweight.

But before we continue this article, I have to leave some suggestions for the readers:

Firstly, never try to lose weight just by using this type of supplements. The basis for a sustainable weight loss is a good diet, geared to your goals.

Combine a hypocaloric diet with a workout program for fat loss and you will have the best combination that currently exists for fat loss.

Secondly, supplements for weight loss are not miraculous. They can help you achieve your goals faster, but it is just that, they give you a little help, which in most cases is barely noticeable.

In this article I will only talk about legal supplements. I strongly recommend that you refrain from ingesting substances that require a medical prescription, are prohibited or of questionable origin. After all, there is nothing more important than your health.

Note also that there is a multitude of herbs and substances that may or may not work, so here i will only mention those which in my opinion are more likely to work. 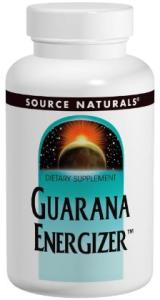 The guarana supplements typically contain 800 mg of guarana, which is taken before each meal to decrease appetite. Since stimulants like guarana and caffeine may reduce appetite, the ingestion of guarana before a meal can reduce your daily calorie intake.

Guarana, which contain caffeine, also acts as a diuretic, therefore, will urinate more, which can cause weight loss. The weight loss in the form of water does not reduce the fat reserves.

Stimulants like guarana also increase your heart rate and can speed up your metabolism, thus increasing the number of calories burned. According to the Salisbury University the daily dosage of guarana should not exceed 3 grams (8). 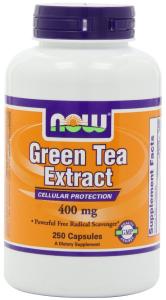 Many research studies have shown that green tea can have a positive effect on body composition, promoting weight loss.

These studies indicate that green tea can:

Although some of the effects of green tea on metabolism are due to due to its caffeine content, green tea does not contain as much caffeine as coffee, so its thermogenic effects are due to other substances present in green tea.

A research conducted at Maastricht University found that ginger promotes an increase in metabolic rate and accelerates the burning of fat. Additionally it also promotes a greater appetite control by reducing it.

The survey results indicate that ginger can be used to combat obesity. Ginger increase body heat and dilates the blood vessels, such as red pepper. 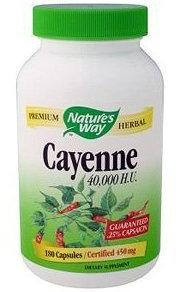 Also known as cayenne pepper or capsicum, red – pepper is native to South and Central America, and this food has quickly become an essential culinary ingredient and preservative in Africa and Asia .

The red pepper contains a chemical known as capsaicin, which is often included in dietary supplements.

Scientific studies conducted over the past 15 years suggest that capsaicin may help in weight loss, reduced appetite and curb the formation of adipose tissue.

The most notable effect of capsaicin appears to be the inhibition of appetite. Several studies have demonstrated that this effect ​​, and one of the most notorious was this one, which sought to determine the effects of red pepper in the human appetite.

Before each meal, the participants received 0.9 grams of red pepper or placebo, added to tomato juice for two consecutive days.

If you don´t like the spicy flavor, you can try sweet pepper, also called chili. This is a non – pungent cultivar of red pepper , and a study conducted in 2001 in which we tested the CH -19 variety has proved that it increases the body temperature and oxygen consumption in humans. 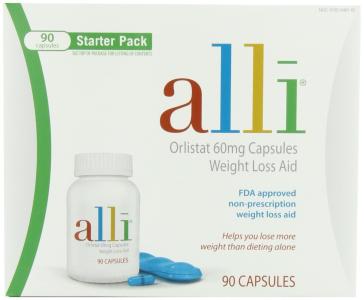 This is the only weight loss pill approved by the FDA and the European Union , Alli is the OTC version of the drug prescription for weight loss Xenical ®.a

Both types use the drug as active ingredient orlistat for weight loss. Orlistat is designed to block the absorption of dietary fat from the small intestine.

Orlistat binds to the gastrointestinal enzyme active lipase, that breaks down fat diet for subsequent uptake and inhibits its function. This inhibition blocks the absorption of up to 30% of ingested fat that is then excreted as waste (15).

The blocking of the the absorption of fat also blocks the absorption of certain essential nutrients. Therefore, people taking orlistat are sometimes advised to take a multivitamin to ensure adequate nutrition.

The side effects of Orlistat become more severe when ingesting large quantities of fats. The most common side effects include oily spotting , flatulence, urgent bowel movements and fatty or oily stools. 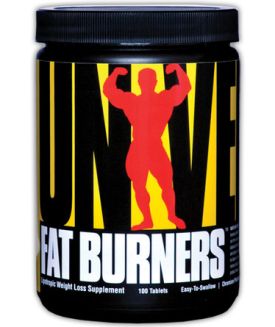 It is possible to combine several substances described in this article to obtain a more potent effect than the use of only one substance alone.

Just as an example, one study tested the effects of a combination of capsaicin, green tea and CH -19 sweet pepper on appetite and calorie intake.

For this study were recruited 27 volunteers that were placed randomly in three weeks of positive or negative energy balance, during which one group received a combination of capsaicin, green tea and CH -19 sweet pepper and another group received a placebo.

The combination of capsaicin, green tea and CH -19 sweet pepper, suppressed appetite and increased satiety on both positive and negative energy balance. Which means that this combination can help you lose weight by reducing the amount of food that you eat.

Now add to this mix caffeine, guarana , ginger or Alli and you could potentially get an even more powerful effect. However that can also increase the likelihood of adverse reactions. 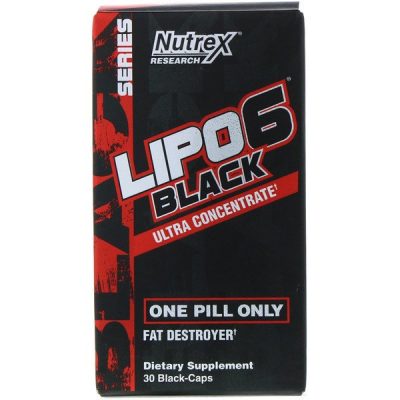 Caffeine is present in many different types of beverages, including coffee, tea , energy drinks, soft drinks, in products containing cocoa or chocolate and a variety of dietary supplements, including supplements targeted for weight loss.

There are several theories about how caffeine works in order to help in burning fat, but none of them is definitive. Some of the ways how caffeine affects weight loss are:

An investigation by Bracco et al . shows how efficient caffeine may be in weight loss.

Their research shows a marked response in lean and obese subjects and proved that caffeine ingestion caused a prolonged thermogenic response during the night, and also resulted in as increase of the oxidation of carbohydrates and fatty acids.

Researchers have proven that there was an significant increase in lipid oxidation, by 29% in lean individuals and up to 10% in obese subjects. This may be due to the release of epinephrine, resulting in an increase in fat oxidation.

Caffeine has also been shown to increase muscle performance. Coso et al. found that a dose of caffeine (at least 3 mg / kg) in the form of energy drink, increased the maximum muscle strength in the squat and bench press exercises.

But not everything is good regarding this substance and caffeine can also have negative effects . Some researchers argue that caffeine can decrease insulin sensitivity, and also stimulate the appetite and desire to eat sweets, hindering weight loss. In addition, it can also deteriorate the quality of your sleep.

It is generally recommended that healthy individuals consume no more than 200 to 300 mg of caffeine per hour. That is approximately 2-4 cups of coffee.

It is also recommended not to take caffeine in order to lose weight for more than a few weeks because the body the body adapts in a gradual way to this substance, which makes up gradually losing its effects .

In addition to having thermogenic properties, caffeine can also increase the levels of strength and stamina.

Also note that the vast majority of thermogenic supplements and other substances for weight loss are not free of side effects.

Tremor, nervousness, insomnia, nausea, increased blood pressure, psychological and physical discomfort are just some of the undesirable effects that may arise from the use of such substances.

The use of stimulants and extracts of vaguely efficient plants may seem like a quick and easy solution, but are not an efficient way to lose weight in the long run.

Doctors, personal trainers, dietitians and nutritionists are unanimous in stating that eating a moderate and balanced diet along with regular exercise is the best way to maintain a healthy weight.